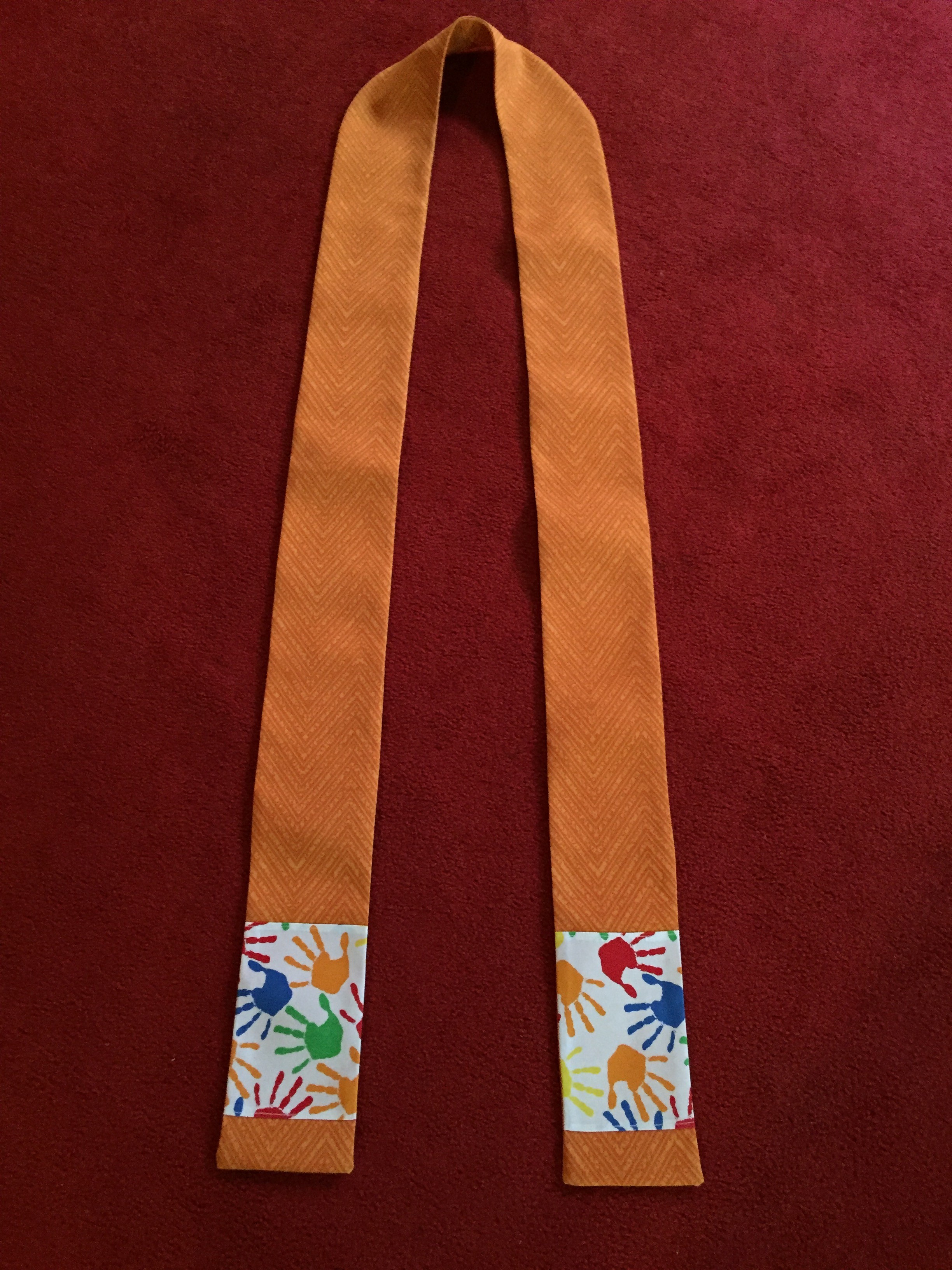 Orange isn’t a traditional liturgical color in the Episcopal Church. But on Sunday, June 5, Episcopal clergy across the country are planning to wear orange stoles as a stand against gun violence, inspired by the Wear Orange campaign.

This Sunday Rev. Sarah will be wearing an orange stole made by our very own Anne Barney.

Here is a link to Presiding Bishop Michael Curry speaking at the march of Bishops United Against Gun Violence in Salt Lake City last summer: