In this video, Bishop Alan M. Gates invites everyone to become more familiar with the new diocesan mission strategy and find their own connections to it and to its call to embrace brave change by reimagining our congregations, building our relationships and engaging our world:  How will we share our faith and shape our common life for a future with hope?  How will we work across difference to build each other up in love?  How will we seek justice and peace with neighbors near and far?  Learn more about the new mission strategy and find materials to support local conversations here. 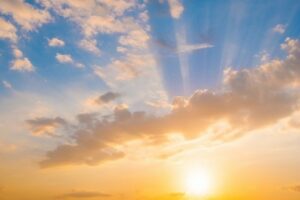 “There are voices in our world, and perhaps even sometimes within our own frightened hearts, which will tell us that our Easter rejoicing is foolishness; that life really is meaningless; … Read more… 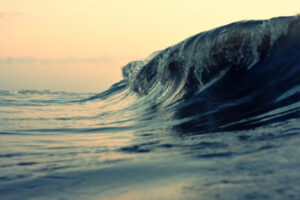 The annual liturgy for Clergy Vow Renewal on Tuesday in Holy Week is a time of mutual support and spiritual rededication.  It is a poignant moment for colleagues to be … Read more…

The Festive day of Easter is Sunday, April 16.

It’s taken me some years to realize it, but Jesus didn’t just happen to be in Jerusalem on that first Palm Sunday. He wasn’t on vacation. He wasn’t just hanging out in town. Jesus was in Jerusalem on purpose. He arrived in Jerusalem about the time of the Passover when pilgrims were in the city. When people’s hopes and expectations for the dawn of freedom that Moses had promised in the first Passover might suddenly be realized for them in their time.

Jesus arranged his entrance into Jerusalem to send a message. He entered the city, having come in on one side of the city, the scholars tell us, at just about the same time that Pontius Pilate made his entrance on the exact opposite side of the city. Pilate, coming forth on a warhorse. Pilate, with soldiers around him. Pilate, with the insignias of Rome’s Empire. Pilate, representing the Caesars who claimed to be son of god. Pilate, who had conquered through Rome the people of Jerusalem. Pilate, representing the Empire that had taken away their freedom. Pilate, who represented the Empire that would maintain the colonial status of the Jewish people by brute force and violence.

Jesus entered the city on the other side, not on a warhorse, but on a donkey, recalling the words of Zechariah:

Jesus came to show us there is another way. The way of unselfish, sacrificial love. That’s why he entered Jerusalem. That’s why he went to the cross. It was the power of that love poured out from the throne of God, that even after the horror of the crucifixion would raise him from death to life.

He didn’t just happen to be in Jerusalem on that Palm Sunday. He went to Jerusalem for a reason. To send a message. That not even the titanic powers of death can stop the love of God.  On that Easter morning, he rose from the dead, and proclaimed love wins.

Have a blessed Easter.  And bless the world.  Amen.

The Most Rev. Michael B. Curry
Presiding Bishop and Primate
The Episcopal Church 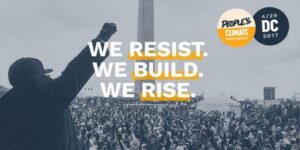 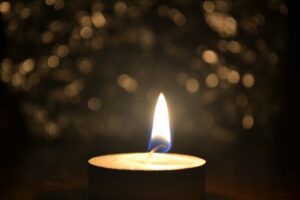 Cloudy, with a chance of revelation MARCH 16, 2017 ~ I have twice been to the top of Cannon Mountain, near New Hampshire’s Franconia Notch. An aerial tramway carries visitors to … Read more…

Posted by The Episcopal Church on Monday, December 12, 2016 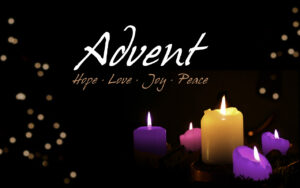 Advent is often understood as a time of waiting expectantly.  Our scriptures focus on Mary in her faithful pondering and Zechariah in his mute vigil.  Yet Advent is a time … Read more…